Increasing popularity of connected devices in recent years has led devices manufacturers to deal with security issues in a more serious way than before. In order to address these issues appropriately, a specification has emerged to define a way to ensure the integrity and confidentiality of data running in the entity implementing this specification.

A Trusted Execution Environment (TEE) is a secure area inside a main processor. It runs in parallel of the operating system, in an isolated environment. It guarantees that the code and data loaded in the TEE are protected with respect to confidentiality and integrity. This alongside-system is intended to be more secure than the classic system (called REE or Rich Execution Environment) by using both hardware and software to protect data and code.

This starts a series of two blogposts discussing hardware technologies that can be used to support TEE implementations:

As suggested by the title, this blogpost tells you more about TrustZone.

A schema from ARM:

As illustrated by this figure, TrustZone consist in a monitor, an optional OS and optional applications, all running in Secure World. A Trustzone implementation could be all those components like on the Qualcomm or Trustonic implementations, or only a Monitor as the Nintendo Switch implementation does.

Implementing a TrustZone OS provides a more flexible model for adding trusted functionality which are meant to provide additional secure service to the Normal World.

These features are available as signed third-party applications (called trustlet), and are securely loaded and executed in Secure World by the operating system running in TrustZone (the SecureOS).

One of these secure loading features (namely the Qualcomm one) was fully retro engineered by Gal Beniamini, before Qualcomm made it public.

The trustlet integrity checking process is relatively standard and consists of a hash table, each hash represents the hash of a segment of the ELF binary. This hash table is then signed by the trustlet issuer, and this signature can be verified through a certificate chain placed directly after the signature. This chain of trust can be validated thanks to the root certificate of which a SHA256 is placed in a fuse (QFuse), ensuring its integrity. 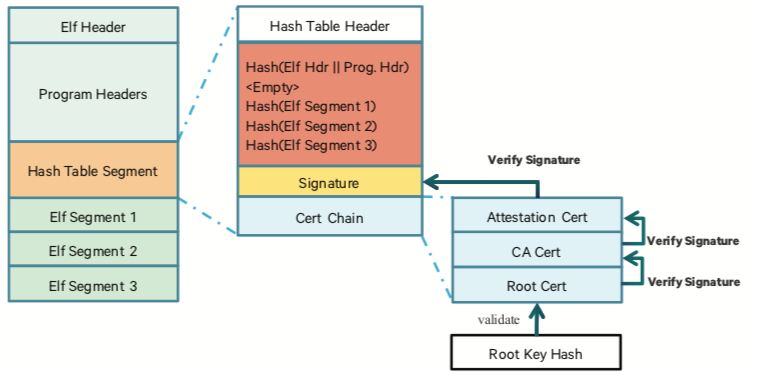 Exception handling in ARMv7 requires the Secure World to register the address of a vector to which the processor will jump to when an SMC instruction is encountered. This handler is located at the offset 0x8 from the address stored in the Monitor Vector Base Address Register (MVBAR) in ARMv7. 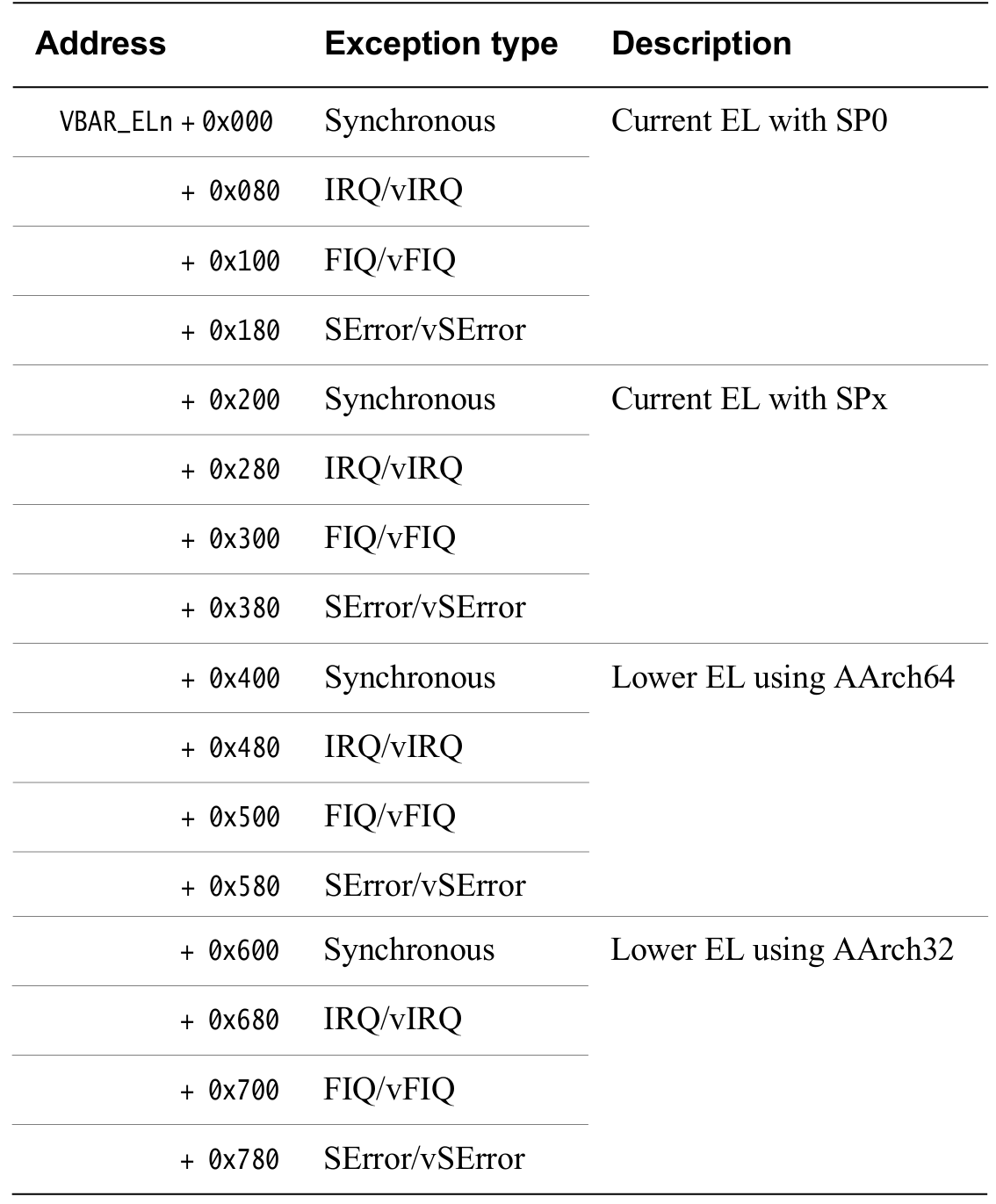 Several commercial implementations have been developed, the three most present on mobile platforms being:

Numerous vulnerabilities were found in different implementations of TrustZone, but several were also found in the Secure Boot of multiple platforms, allowing to obtain code execution in the TrustZone. Some of these vulnerabilities and their impacts are discussed below.

Vulnerabilities in TrustZone itself

A vulnerability allows to write a zero dword to any address in the TrustZone Kernel. It can be used to disable memory boundary validation on TrustZone memcpy function, crafting an arbitrary write primitive.

As this paper shows, Qualcomm TrustZone suffers from a single point of failure, there are many individual actors in TrustZone, but a single mistake from one of these players impacts all the other components. A single arbitrary memory write vulnerability, especially in secure world kernel, can make the whole security model collapse.

Unlike QSEE, the TrustZone developed by Trustonic and formerly called t-base, then renamed Kinibi, has a micro-kernel which means there is no single point of failure anymore. Although there is less public research on Trustonic's TrustZone, there are some articles detailing the t-base internals and some vulnerabilities found in Secure World userland.

TrustZone hardening is a crucial point in order to obtain good security properties and slow down the reverse engineering and exploitation process. Nonetheless, several classic hardening points, listed below, are not applied:

It is interesting to note that some TrustZone implementations, such as the one developed for the Nintendo Switch, are stored encrypted and are decrypted during the boot process, adding an additional difficulty to the attacker.

On the one hand, the security model implemented with the TrustZone technology provides additional segmentation through the separation of Secure World and Normal World, allowing, for example, DRM solutions to protect against an hostile environment such as an infected system on both user-land and kernel-land.

Finally, compromising the TEE OS can be done before it is even executed if a vulnerability is found in the secure boot chain, as has been the case several times

In the next episode, we'll give an intro on Intel's SGX.